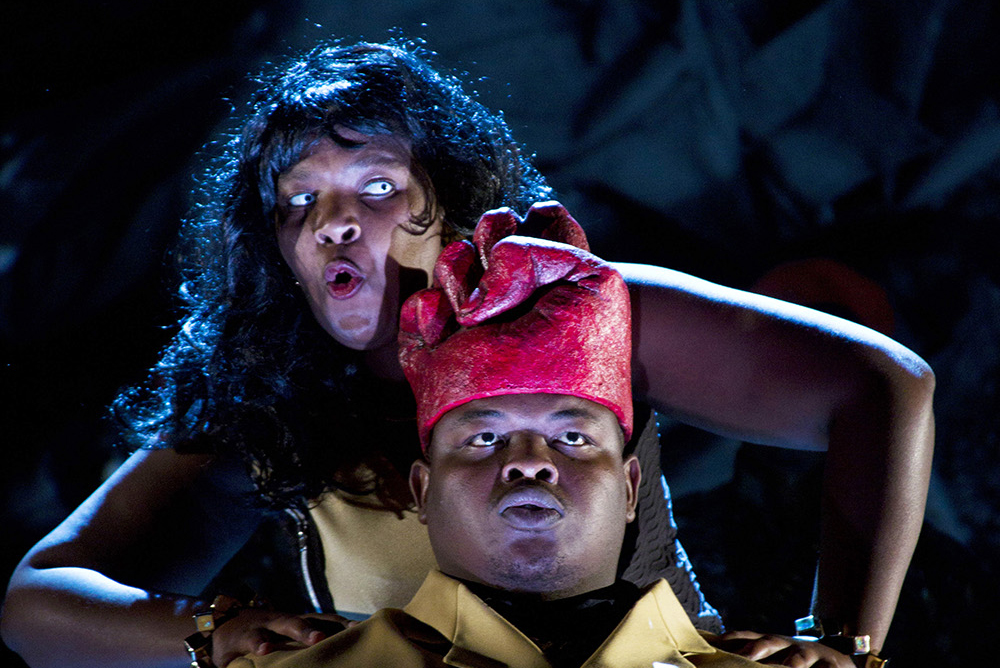 Experience the U.S. Premiere of this radical and innovative live opera with Shakespeare’s Macbeth.

“There can be no denying the power and originality of this astonishing appropriation of Verdi’s Macbeth”
– THE TELEGRAPH, LONDON

In 2016 the world will commemorate 400 years since the death of William Shakespeare. This special anniversary presents a truly unique opportunity to visit Shakespeare on stage at the Quick. Join us to celebrate the Bard's lasting legacy in this radical take on Verdi’s Macbeth.

Shakespeare’s story of ambition, treachery and witchcraft is set in the Great Lakes region of Central Africa, amongst the wars and ruthless exploitation that tear that invisible corner of the world apart. Within a milieu of multinational double-dealings, ethnic conflict, brutal militia, ‘blood minerals’ and glittering Chinese imports, a Congolese warlord and his ambitious wife murder their leader and unleash atrocities on the crumbling African province that they seize.

Under the artistic direction of Brett Bailey, Third World Bunfight is a performance company whose works foreground issues, stories and situations that are all too often overlooked, suppressed or ignored, and unpack and expose the machinations of power that crush so many people or render them voiceless.

In 2014 Third World Bunfight took Macbeth on a four continent tour visiting over 20 cities including Paris, Brussels, Vienna, Strasbourg, Brisbane, Douai, and Buenos Aires. The Quick Center is collaborating with the renowned Philadelphia Fringe Festival to bring this acclaimed work to the U.S. and we are honored to be the first to offer this work to American audiences.