Connecticut’s innovative learning center for curious minds of all ages.

is an exploratory “classroom without walls”, presenting topical seminars and workshops with master professors. We invite you to enroll in our stimulating, enriching, state of the art academic seminars.

Combining academic excellence in open-ended lectures and interactive conversations, classes will be held on the Fairfield University campus, maximizing the resources and facilities of this world-class institution. Enrolled participants will be given special access to the exciting lectures and performances that make up the Quick Center season.

Courses are $290 each. QCA Member price per course is $275. Enroll in two or more courses and enjoy a discounted price of just $250 per course.

Behind the Curtain: Mozart to Saariaho: The Met Opera Season in Depth 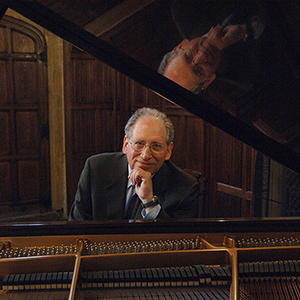 Announcing its thrilling 2016-17 season of live broadcasts, the Metropolitan Opera has expanded its on stage productions into our learning community in Connecticut. Celebrating its 50th season at Lincoln Center, this promises to be a particularly exciting fall/winter season, beginning with a new production of Wagner’s music drama of doomed love, Tristan und Isolde, conducted by Sir Simon Rattle. In addition to audience favorites such as there will be a production of L’Amour del Loin by Finnish composer Kaija Saariaho—a breathtaking opera described by the New York Times as “transfixing…a lushly beautiful score” when it was premiered at the Salzburg Festival in 2000. This will be the first opera at the Met composed by, and conducted by, a woman, and, like Tristan, features a knight on a quest.

In this specially designed ‘listening & learning’ class, we focus on the live HD season of Metropolitan Opera broadcasts. We will discuss both the operas and the specific productions we will see. Dr. Grossman’s animated, insightful sessions includes demonstrations of musical sections or themes as he teaches from the piano in a masterclass style. Whether you just enjoy opera with no real musical training, or a lifelong devotee, this course enhances your appreciation for the live performances you will be watching. As a special event, members of the Metropolitan opera company will join us for one of the mornings for an intimate backstage look at the Met.

DR. ORIN GROSSMAN has been delighting audiences the world over with his unique approach to performing and explaining great American and European music. As a performer he is in demand as an interpreter of the music of George Gershwin, playing his songs and classical compositions around the world, including Florence, Cairo, Australia, and St Petersburg, Russia, where he performed Gershwin’s Rhapsody in Blue and gave the Russian premiere of Gershwin’s Second Rhapsody with the St. Petersburg Philharmonic to a standing ovation. Appearing across the nation as a star professor for “One Day University,” he has a unique talent for educating and entertaining with a disarming wit and uncanny intelligence.

Power, Prestige and Piety: Art in the Venetian Renaissance 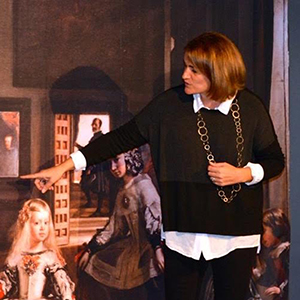 Venice – ‘La Serenissima’ – the epic Queen of the Adriatic Sea was a magical place for art and culture in the 15th and 16th centuries. Join us for an in depth look at the Venetian Renaissance in a dynamic, fast-paced series of slide lectures offering you an expert understanding of art history. This breathtaking island city-state at the crossroads of the Middle East and Europe, was governed thorough a complex political, religious and cultural system. From this cauldron of diversity and energy came many of the greatest artists seeking glory, rich commissions, and pious blessings. Who were these masters of Venetian art? What were their influences and who did they in turn influence? In a series of five lectures we will explore works by Bellini, Giorgione and Titian, to name but a few. Beginning with the earliest movements away from their Byzantine roots and traveling through their understanding and exploitation of new innovative techniques we will gain a deeper appreciation for the grandeur of these artists.

FIONA GARLAND earned her MA in Art History from the Courtauld Institute of Art in London in 2011, specializing on the art of Venice. Her passion for art history and the stories it reveals about the artists, their patrons, and society in general has created an avid following for audiences in London and Connecticut. Teaching in a lively and engaging style, she has guided tours of art galleries and churches exploring London, Venice, and Ghent and across North America. Ms. Garland is a member of the Advisory Committee for the Bellarmine Museum of Art.

Media and Democracy: The Press, Public Opinion and the 2016 Presidential Election 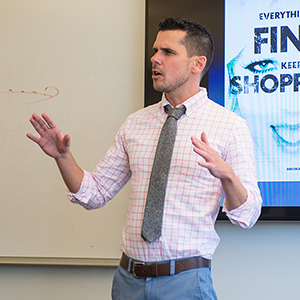 The 2016 US presidential election promises to be anything but ordinary. This series of talks will go beyond the headlines and escape the echo chamber of punditry to understand how media impacts public opinion. Is the press the “fourth estate”? Are the media liberally biased? Have presidential politics just become a reality competition? Does image really trump substance (no pun intended)? From historical understandings of how mass media fundamentally changed how Americans communicate and participate in the public sphere to predictions about how social media and emerging digital technologies will impact the 2016 election, this series of talks will turn a critical eye on the press. Starting with the advent of radio and television and ending with the explosion of Twitter, these talks will raise questions about how our media don’t simply transmit messages through space, but instead have a responsibility to facilitate meaningful discourse that is essential to our democracy. Our final fifth class session is a ‘wrap up’ to measure the media impact on the results after Nov 8 Election Day as the class monitors events this coming fall.

DR. DAVID GUDELUNAS is a Professor of communication at Fairfield University where he also serves as Associate Dean in the College of Arts and Sciences. He researches and teaches in the areas of emerging media and communication industries. He earned his BA from the University of San Francisco and his MA and Ph.D. from the Annenberg School for Communication at the University of Pennsylvania. Gudelunas has appeared in local and national media including MSNBC, THE AP, The Christian Science Monitor, the Hollywood Reporter, the Connecticut Post and the LA Daily News and is a regular contributor to The Huffington Post. You can follow him @gudelunas.