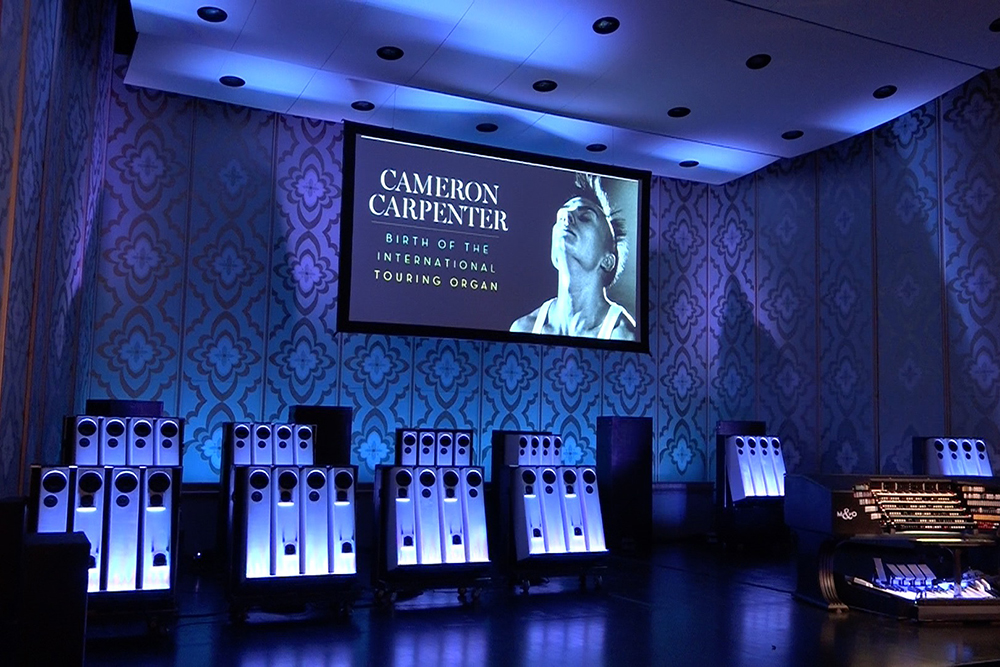 Get a glimpse into the talent of Cameron Carpenter in his video for “Candide”: Overture

Using a digital organ of his own design, Carpenter smashes the stereotypes of organists and organ music

Cameron Carpenter is having a ball smashing the stereotypes of organists and organ music, all the while generating international acclaim and controversy unprecedented in his field. Acclaimed for his bad boy reputation and his flawless technique, Carpenter will perform using the International Touring Organ – a monumental digital organ of his own design, officially introduced with two Lincoln Center concerts in March 2014. It is a sight – and sound – to behold.

To call Cameron Carpenter a virtuoso seems wholly inadequate. Hyper-talented and flamboyant, his repertoire – from the complete works of J.S. Bach and César Franck, to his hundreds of transcriptions of non-organ works, his original compositions, and his collaborations with jazz and pop artists – is perhaps the largest and most diverse of any organist. His Sony Music debut album If You Could Read My Mind entered Billboard's Traditional Classical chart at No. 1 on its US release and made Carpenter the first solo organist ever nominated for a Grammy Award for a solo album.

“Carpenter is one of the rare musicians who changes the game of his instrument… He is a smasher of cultural and classical music taboos. He is technically the most accomplished organist I have ever witnessed… And, most important of all, the most musical.” — THE LOS ANGELES TIMES