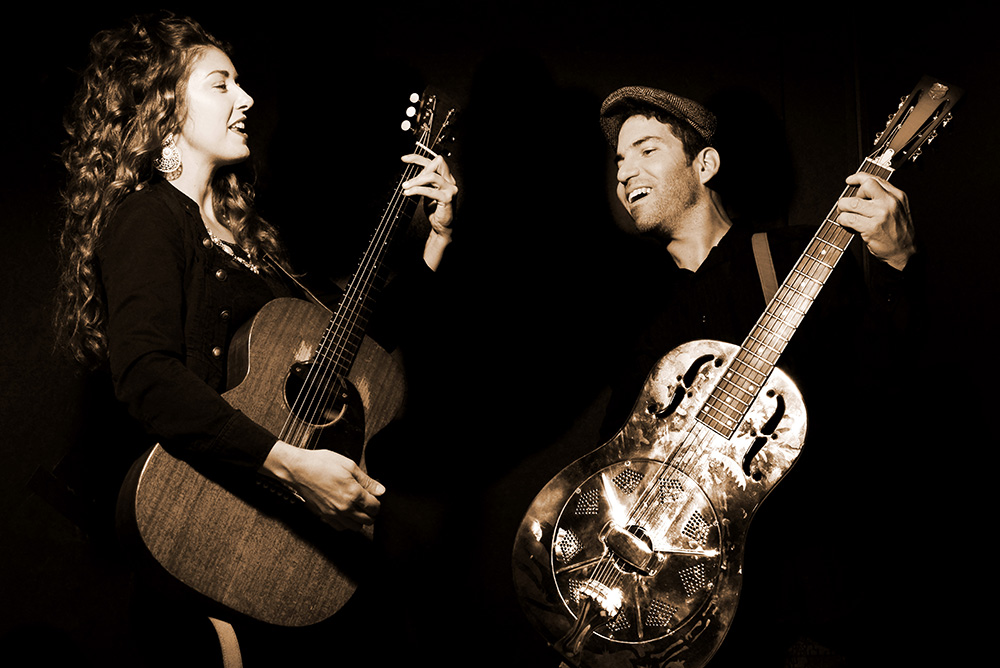 Curated by Fuzz and Carrie Sangiovanni

$15 General Public | Free for Quick Members, however registration is required by contacting the Box Office at 203-254-4010.

Inspired by the big band swing era, the Quintette du Hot Club de France, and early American folk music, Fuzz and Carrie Sangiovanni are the fervent musical couple who front their band, Caravan of Thieves. Having shared the stage with a variety of artists such as Emmylou Harris, Dan Hicks, The Decemberists, Keb’ Mo’, Tom Tom Club, Punch Brothers, and many others, these engaging musicians will share their ever growing musical knowledge in the continuation of our American Music Listening Series.

America's Musical Melting Pot will share the essential role cultural diversity in America has played in defining its music over the past 100 years. Exploring various artists, songs, and trends in Jazz, Rhythm and Blues, American Folk, Popular and Rock music, Fuzz and Carrie will share how these genres have been influenced by a wide variety of cultures from around the world, living side by side in America.

Listening Sessions will include a glass of wine and nosh as we gather in a relaxed environment to engage in learning about the many influences of American music.